Get fresh music recommendations delivered to your inbox every Friday.
We've updated our Terms of Use. You can review the changes here.

by Raised By Swans 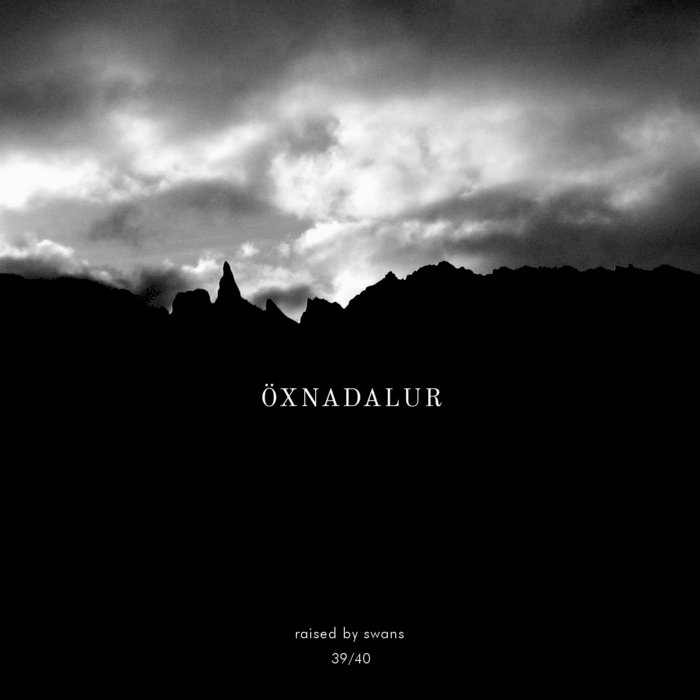 whatwasallthisfor His music really touches the soul. For me, Katla touches my soul the most out of this entire album, it's pure beauty stands out to me. Favorite track: Katla.

husk the way he writes: his lyrics feel like poetry and touch on soft spots of me of unrequited love, depths of romance, levels of devotion, loss, unity, and liminal space too in borders, boundaries, and how his lyrics shift too throughout songs themselves.

Öxnadalur was written and performed by Eric Howden between November 2011 and October 2014.

raised by swans is eric howden

all music and lyrics written by eric howden
in North Iceland and Canada,
november 2011 - october 2014

recorded at the house of miracles, cambridge, ontario by andy magoffin, from april 2012 - october 2014
mixed by eric and andy
mastered by andy magoffin
artwork concept, layout and design by eric howden; all photos taken by eric
"/" drawing on CD and facing panel by antranik tchalekian
dedication and message translated into Icelandic by Guðrún Baldvina Sævarsdóttir

thank you Sif and Óli
thank you to my dear friends and fans for your love and generosity
and thank you as always to my beloved Number Six, who has been with me from the very first song

Bandcamp Daily  your guide to the world of Bandcamp

Quelle Chris joins the show to discuss his most recent release, "DEATHFAME"